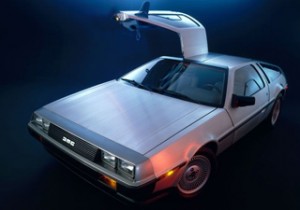 The DeLorean Sports Coupe was the brainchild of John DeLorean, father of the muscle car.   It was produced at a state-of-the-art factory in Northern Ireland in the early 1980s.  I have been a DeLorean owner since 1998, am currently Vice-President of the DeLorean Owners Association, and past editor of their publication, “DeLorean World” magazine.

In 2000, I was working under the dashboard on my car and accidentally obliterated my plastic glove box insert. 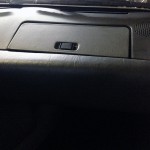 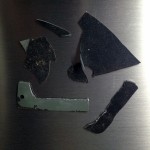 When I called DeLorean Motor Company, of Houston, Texas to get a replacement, I was told that they were no longer available.  I explained that I worked for a company, Fisher Design, that had the shop equipment to be able to reproduce the part in small batches, and they agreed to purchase 100 inserts if we could keep the cost to make them under $30 per unit.

I worked with our model shop director, Bob Best, to reverse engineer the part.  We determined through research with the DeLorean Motor Company, that the original was made from blow-molded polypropylene (mine had been replaced with a cheap polystyrene reproduction, which is why it broke).  Creating tooling for a blow molded part for only 100 units was not practical, so we opted for the next best thing.  I repaired my original glovebox, sealed the holes on it, and poured casting resin into the opening.  Once the resin was cured, we removed the original box, cut the mold into two halves, and modified the shape so that it would still fit into the opening in the car.  To check that the part would fit, we created a white polystyrene prototype, seen here: 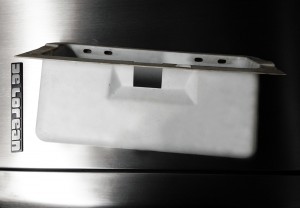 I then vacuum formed an ABS polymer over the mold, routed out the part halves, glued them together, drilled all of the openings using a drill template, and then flocked the inside of the box, to replicate the look of the original as near as possible.  This is how the part came out looking when DMC put it on their website, compared with an original glovebox (with the 30 year old flocking mostly gone) installed in a car: 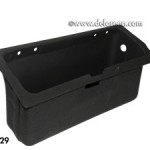 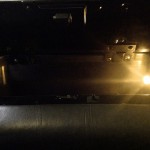 The DeLorean Motor Company sold out of the 100 reproduction parts in 2012, so another run will be in the works soon!

After the success of the glove box insert, we looked into reproducing another out-of-stock item for the DeLorean, the steering column shroud.  This part sits directly behind the steering wheel in the car, and houses the ignition switch, and turn signal and wiper stalks.  In order to produce this part, which had been originally injection molded, we decided to employ our new 3D printer to create a master copy, from which we would then create a silicone mold, and produce cast copies for the production run.

To start, I measured the original shroud, and created a Solidworks model of the upper and lower halves of the part.

The project was put on hold for awhile, as Fisher changed their focus and dissolved their ID division around 2004.  Bob Best ended up moving to Anza Product Development corporation, where he was able to finally produce the production parts several years later.  Here is how it looks installed in my car: 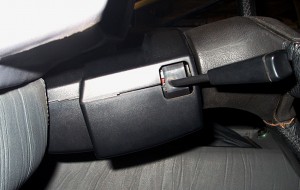