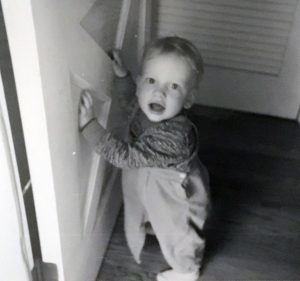 I was born in Cincinnati in March of 1977, the second of four children.  My parents, Karen and David Haldeman were both educators and entrepreneurs and encouraged me to work hard and pursue my dreams from an early age.

My first word was “car”, and I loved to draw all sorts of them, as well as spaceships, comic book character, and elevation views of cavernous houses.  When I was five years old, my Dad, who has always been an early adopter, bought his first computer, an “Osborne 1”.  He immediately recognized the potential of the personal computer, and encouraged us to learn about them.  I grew up playing and creating video games, and still own a working Atari 2600!

I graduated from Walnut Hill High School in 1995 with a strong interest in art and science, and earned my Bachelor of Science in Industrial Design from Ohio State in December of 1999. 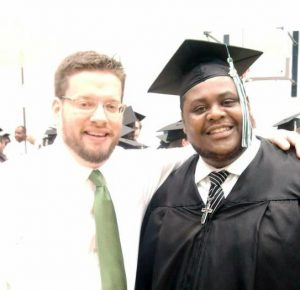 In the Fall of 1995, during my first term at Ohio State, I was hired as a teaching assistant for Engineering Graphics 121.  Responsibilities of this job included teaching the lab section of the course, grading student assignments, and coordinating instruction with the professor and senior teaching assistant.  In 1997, I was promoted to Senior Teaching Assistant, managing all lab instruction and grading for the course, coordinating lecture and lab instruction with the professor and two other TAs.  I served as the Senior TA for this course until I graduated in December of 1999.

In April of 2004, I became an adjunct faculty member at Cincinnati State Technical & Community College.  I was asked to help design the curriculum and teach for this fledgling two-year Industrial Design program.

In 2009, I was hired on full-time and promoted to Program Chair for the Industrial Design Technology degree at Cincinnati State.  My responsibilities included teaching & advising students, conducting outreach activities, leading our program advisory committee, leading the redevelopment of our ID curriculum for semesters, specifying and purchasing equipment for our model shop and computer labs, serving on college-wide committees and more.

In the Fall of 2014, I began teaching as an adjunct professor in the Industrial Design program at UC-DAAP, and have taught everything from Sophomore and Senior Studios to Theory of Industrial Design and all the Design Technology courses that are offered. 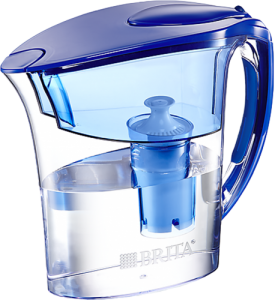 I began my professional design career as a research associate intern with Procter & Gamble, where I conducted research and testing and produced sketches, models, and prototypes on projects including the Swiffer WetJet, Crest WhiteStrips, Glad Press-and-Seal, and several other consumer disposable products.

After graduating from Ohio State, I was hired at Index Design, an ID consultancy run by Phil Brookshire, located in the historic Over-the-Rhine neighborhood of Cincinnati.  There, I honed my research, sketching, model-making, and computer modeling skills, including picking up Alias, Pro-E, Solidworks, Rhino, Cinema 4D and others.  While at Index (which became Fisher Design during my tenure) I worked on projects for companies including Coca-Cola, P&G, Sony, Brita, Hamilton-Beach, Scotts Lawncare, Wellcraft, Hobart, Nelson and the DeLorean Motor Company. 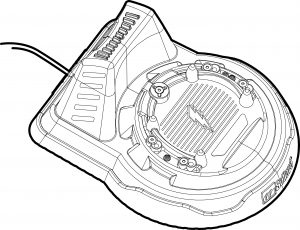 I earned my first patent while working for Index on a mixer control interface for Hobart.  Several of the products I designed while at Index are still on the market today.

In early 2000, having inherited my Dad’s entrepreneurial spirit, I founded Element Product Design Studio, which is an industrial design consultancy located on the east side of Cincinnati.  My approach with Element has always been to provide low-cost, high value design services to entrepreneurs and medium-sized manufacturers.  Element serves over 400 clients, including Frontgate, Haney, Honda Power Equipment, Gold Medal, Gutter Shutter, Purina, Sporty’s Pilot Shop and Walmart.

Since August of 2014, I have worked as an Industrial Designer for the E.D. Bullard Company in Cynthiana, Kentucky.  Bullard got their start in San Francisco in 1898 and invented the hard hat in 1919.  We currently design and manufacture safety equipment including head protection, fire and rescue safety equipment, respiratory protection and thermal imaging products. 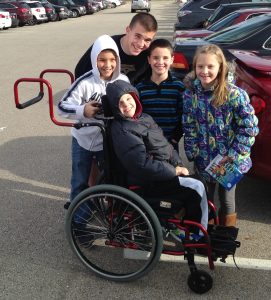 I served as chair of the Southern Ohio Chapter of IDSA from 2013-2015, and am currently Vice-Chair.  In this role, I work with our chapter officers and local area design leaders to develop professional and student networking activities, and promote awareness of industrial design in our community.  We recently organized the Cincinnati Industrial Design Icons event at the Cincinnati Art Museum, which honored the legacy of some of the pioneers of our profession in the city.

I have been a volunteer for May We Help since 2011.  This organization designs and builds custom assistive devices for people suffering from mental and physical disabilities.  In addition to developing lifelong friendships with the people and families involved and designing four devices to date, I also led a Cincinnati State Human Factors class in a service project with May We Help.  We designed and built a wheelchair handlebar extension for the family of  a boy who relies heavily on the device.

I have served as a mentor and volunteer with FIRST Robotics since I started an FRC team at Ohio State in 1997.  I have mentored two local FRC teams (ages 14-18);  Was a member of the FRC Queen City Regional Tournament Planning Committee from 2011-2016; Started & co-coordinated the Cincinnati State FLL (ages 9-14) Regional Tournament; Served as a judge and referee for numerous regional FLL tournaments in Ohio, and was awarded  the 2014 Volunteer of the Year Award at the FIRST Robotics Queen City Regional.